Renting from the Spanish 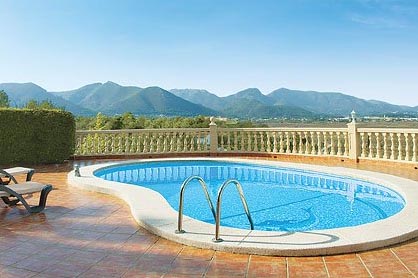 Renting property from the Spanish is a far cry from what we might be used to in the UK. I am pretty much convinced that most Brits wouldn’t expect to find the landlord drinking in your living room when you got home from work. Many Spanish owners feel that their property is their property, whether someone is living in it and paying rent or not.

When I first arrived in Spain, a friend was renting a villa where she wasn’t allowed to lock the gates to the property in case the landlady wanted to get to her barn where her tools were kept. She also had a key to the house, which had a locked room to which she frequently needed access. As the lady was 85 years old, I thought at the time that this was probably a ‘one off’ circumstance that couldn’t possibly be ‘the norm’. However, having rented properties myself, and now being in the business of renting Spanish property, I realise that this is, in fact, the norm.

The problem doesn’t appear to extend to apartments, more with villas or properties with garden areas and applies to long term rentals, not holiday lets. Anyone looking for a long term may well end up renting from the Spanish, as not so many UK owners are willing to give up the use of the property for long periods.

Another problem with the owners is that they seem blind to the faults of their houses. Many own two, three or more properties which have been passed down to them through family, meaning they can be old and need of updating. They seem to be oblivious of the fact that electrics do not comply with EU standards, that the property suffers with damp, or the ‘white goods’ are now stained and rusty. This is not always the case, but many I have seen fall into this category.

1. A British family renting a villa over the winter months in the Jalon Valley complained constantly of sore throats and coughs because of the damp but the landlady just advised them to keep the windows open. Winter evenings in Spain are cold, and leaving windows open is not always an option. Apart from wood burning fires, gas fires are used by the majority to keep warm, but they do cause a lot of condensation which contributes to the damp problem. When the family packed up to leave, everything that had been stored was black with mould and had to be thrown away.

2. Last year I rented a lovely villa to a young couple in Benissa, but within two weeks of being there, they came into the office saying the father of the owner was letting himself into the house – whether they were there or not. Despite telling him that this was unacceptable behaviour, he didn’t listen and the complaints kept coming until they had had enough and left.

3. Another villa I rented had a self contained apartment on the top. I made it perfectly clear to the landlady that she could not rent this apartment if I was renting out the villa as ‘private’. After drawing up a contract and accepting the deposit for a 6 month rental with another British family, I found she had rented the apartment to a single German guy. She said it wasn’t a problem as he was very quiet – she just didn’t understand that these people had rented a private villa with a pool and did not want to share it with a strange German, no matter how lovely he was!

4. Another landlady had numerous complaints because she was running a boarding kennel for dogs behind the ‘quiet rural villa’ she was renting. Another was caught peering through the windows whilst the family were eating breakfast, whilst her husband let himself in to clean the pool when the family were sunbathing around it. A landlord of another villa was drinking beer on a sun lounger round the pool when the family got back from a shopping trip.

5. One guy I know had a lovely old finca with swimming pool, but one large store room to the side of the terrace had his wine press and all the equipment for the grape picking season. The smell is horrendous, and the procedure very messy, but he still wanted me to rent the place for him.

6. I have a Spanish landlady myself who complained bitterly when I stored my possessions in the garage of the villa I was renting because she wanted easy access to her own things. She told me I could have a dog, which is quite unusual as many will not accept pets, so I bought a German Shepherd puppy. Six months later she wanted me out because he was ‘big’.

There is quite a list of the peculiar things you may encounter when renting from the Spanish. Its not all bad, but forewarned is forearmed.  Many Spanish owners are helpful, friendly and will do everything they can to make you feel welcome but although your landlord/landlady may be lovely, remember it is their property and they will treat it as such. The north Costa Blanca is a farming area, and many farmers in the valleys and are likely to keep their tractors and work tools on the property you are renting. You will have little choice but to allow them access. If you are not happy at the thought of having your privacy constantly invaded, make sure before you pay a deposit that none of the above is about to happen to you. If you are unable to speak Spanish, it is advisable to rent through a rental agency who can draw up contracts and negotiate on your behalf.

If you have a property that you are considering to rent, please contact us

Category : Life on the Costa Blanca